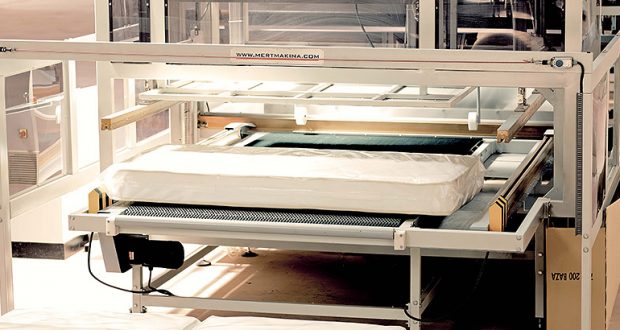 In the furniture exports Kayseri is the pupil of the eyes of Turkey, who ranked number-12 in the world

Furniture sector in Kayseri is on the rise of sofa, armchair and bed production. Kayseri has become an important furniture center having firms manufacturing in every branch of furniture with technological advances and new investments. With its access to raw materials, convenient logistics network and the development of its industry, Kayseri is known as a pioneer in mattress production as well.

According to the export figures, Kayseri has the biggest player in the sector. There are more than 400 manufacturers in Kayseri. The production capacity of these companies is approaching to 2.7 million mattresses. With 2.5 million units, Kayseri accounts for half of the total domestic production. Production facilities having about 1 billion TL sales are concentrated mostly in Kayseri, Istanbul, İzmir and Bursa. Kayseri tops about 4 million TL from sales, production and exports in the mattress industry. 10 thousand mattresses are produced in Kayseri, (half of the 20 thousand mattresses produced in Turkey) also earns half of the 60 million dollars of the total mattress exports of Turkey. The mattresses mane in Kayseri are exported to some European countries, especially France, Germany and the Netherlands and to various countries of the Middle East. Companies in Kayseri also produce 12 thousand of sofas of 20 thousand across produced in Turkey.

In a market of $ 20 billion trade volume in the world Turkey ranked 15th among 60 other producing countries, where Poland, China and Belgium take the lead. Mattresses produced in Kayseri are sold mostly in Germany, France and the United States and in some other European and Middle Eastern countries. With its more than $ 7 million imports Turkey is seen as the 43rd country in the world as a furniture importer.

According to sector representatives, 3 million out of 4 million beds are sold to individual consumers and 1 million are sold to hotels, dormitories and hospitals. The authorities, which draw attention to the high level of individual consumption, attribute this situation to people who are seeking healthier, more comfortable sleeping environments. The fact that around one thousand hotels with a capacity of 800 thousand beds throughout the country is under construction and private sector hospital investments are accepted as an indicator that the growth in the sector will be continuous.

The reasons that hinder further development of the sector

The most important issue is that the mattresses should be regarded as a separate industry from the furniture sector and consists only of companies that produce in this field. Studies should be carried out to ensure adequate R&D studies and to eliminate deficiencies in design.

Measures should be taken to prevent unfair competition by increasing the control of unregistered players. Promotion efforts should be made more effectively in the international arena and the competitive powers of the companies in foreign markets should be increased.

KAYMOS: The roof organization of the mattress industry

The Kayseri Furniture Industrialists Association (KAYMOS) unites the sector under one roof by convening about 200 companies. Founded in 2014, the association which is a leader in the furniture sector encourages business people in Kayseri, to join forces in the sector, and the development of the furniture industry and invites them to solidarity. 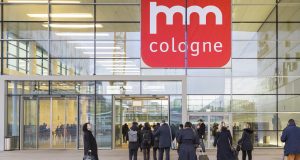 imm cologne: The platform that connects people, ideas and pathways to success