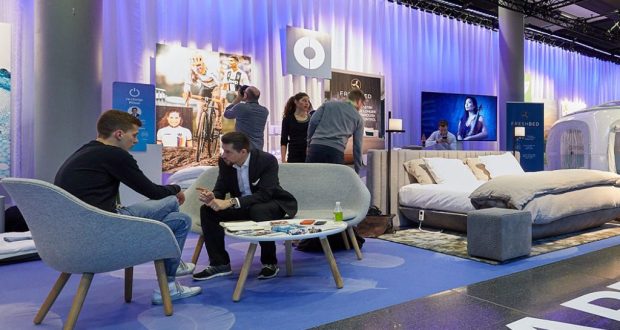 * For the ninth time in a row, Heimtextil in Frankfurt am Main recorded an increase in the number of exhibitors as well as in visitors. ‘Despite the economic downturn, Heimtextil is continuing its extremely positive development. With 3,025 exhibitors from 65 countries, Heimtextil has a stronger and more international slant than it has had for 15 years. It is thus further consolidating its position as the world’s leading trade fair for home and contract textiles’, says Detlef Braun, Member of the Executive Board of Messe Frankfurt. 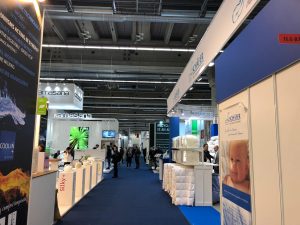 Heimtextil held the 49th edition of its trade fair with a new concept and the top themes of architecture, hotels, sustainability and sleep. ‘As part of the fundamentally revised concept, we have combined themes and product segments in an even better way for specific target groups. Visitors can thus benefit from new synergies, shorter distances and lots of furnishing inspiration’, said Braun. In addition to a globally unique design show with international market leaders, a high-calibre event program with notable guests and renowned industry experts supported the four-day trade fair.

Based on an IFH study, Heimtextil published a new Management Report in cooperation with the trade fairs Ambiente, Tendence, Christmasworld, Paperworld and Creativeworld. Domestic consumption increased online and offline in 2017 to 595 billion euros (plus 4.2 per cent). However, the perception in the stationary retail trade is that the clear winner is online retail. For many retailers, the time has come to rethink their business concepts as part of the march of digitalisation. The route to success in this respect can be to use services and high-quality design in shops to turn shopping into an experience. At the same time, retailers are increasingly focusing on multi-channel concepts. Heimtextil supports retailers by offering innovative conc 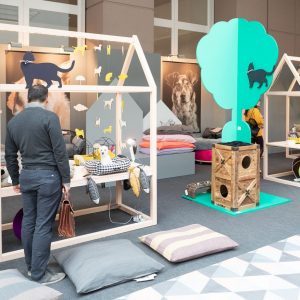 ept solutions for the point of sale and inspiration for experience-based business models.

Trends in a new guise

The inspirational heart of the fair was the new Heimtextil ‘T

rend Space’ in hall 3.0. With the title ‘Toward Utopia’, it provideed a preview of the design developments of the 2019/20 season as conceived by London’s FranklinTill Studio and staged by the Frankfurt studio Markgraph. As part of the new Heimtextil concept, the design show was in close proximity to international textile designers, CAD/CAM suppliers and digital printer manufacturers. Heimtextil has thus brought the progressive themes of trends, textile design and digital printing together on one hall level, forming an area full of inspiration and future technologies.

Everything for textile contract furnishing

As part of the ‘Interior.Architecture.Hospitality Expo’, Heimtextil had been presenting solutions for textile contract furnishing in hall 4.2 that were individual, sustainable and functional, from textiles with acoustic function or special abrasion properties to modular carpets, sun protection and innovative wall coverings. The offer was flanked by the presentation “Carpet by Heimtex”, a joint promotion by the Association of the German Home Textile Industry. There, visitors could experience high-quality textile floor coverings by leading suppliers especially for the contract sector. With product presentations, lectures and guided tours, the offer in hall 4.2 provided valuable impetus and was supported and made possible by experienced industry partners. This made hall 4.2 the first point of contact for the target group of interior designers and hospitality experts. A total of around 500 exhibitors at Heimtextil were presenting products specifically for the contract business.

Heimtextil was integrating the lifestyle theme of ‘sleep’ with an attractive expert program: with the title ‘Sleep! The Future Forum’, a new information area in the foyer of hall 11.0 highlighted the themes of science & digital, sport, the hotel industry and sustainability during the four days of the fair. In hall 11.0, international market leaders presented innovations from the ‘Smart Bedding’ product segment: Mattresses, bedding and sleep systems could be seen as well as the associated technology. Well-known companies from all over the world were on board, particularly from Germany, Italy, Spain, Scandinavia, Japan and Australia.

With Quallofil Air Allerban Duvet and Pillows, let your body breathe while you sleep!