Konfor Yatak combines technology and quality with its modern line

The company brings technology and quality together with its structure that follows new trends and offers to the service of people.

Konfor Yatak, which started production in Izmir in 1978, has turned into a brand that exports to many countries with its innovative designs and quality products. The company that achieves its success by working passionately, brings quality, design and comfort to people’s homes by following fashion trends closely. Selçuk Akkuş, the Brand Director of Konfor Yatak, which aims a global vision, shared details of their work and goals with us. Emphasizing that the company combines technology and quality with its modern line, Selçuk Akkuş gave clues about the choices of mattresses.

How did you get through the pandemic period that affected the future plans and put the world in uncertainty? What kind of thoughts did you have?

We are going through a period we have hardly ever experienced before. It is not yet known exactly how the business world will take shape at the end of this period. Some people argue that as soon as the pandemic is over, they will start working in the old way, while others argue that a new transformation will begin. After such a chaotic time, companies need to work on future lifestyles. We must decide what will change and make progress on these issues. As Konfor Yatak, we are preparing for the new period by reviewing all processes.

What are your goals in the production phase and the factors you are most meticulous about?

We continue our production with the precautions we take without compromising health and hygiene in our production facilities. During the pandemic period, we were awarded the “TSE COVID-19 Safe Production Certificate” by fulfilling the requirements of the “TSE COVID-19 Hygiene, Infection Prevention and Control Certification Program” determined by the Turkish Standards Institute (TSE). Our top priority is to manage the changing conditions with epidemics in the best way and to protect the health of our customers and employees. 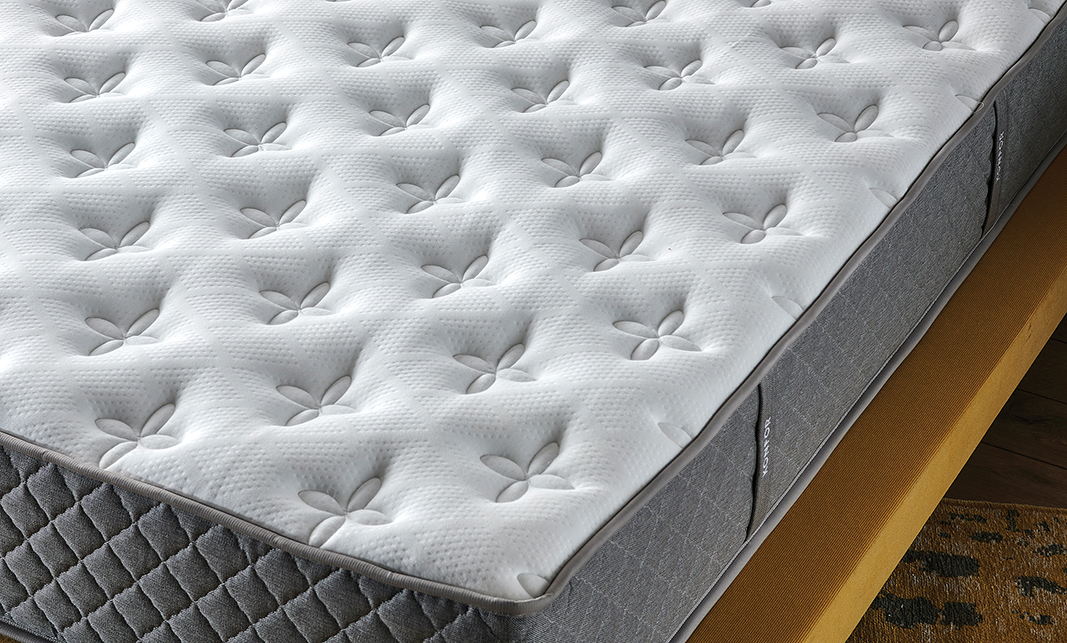 What kind of work do you have in the field of e-commerce? I am curious about your goals in this area.

According to TurkStat statistics the 15.8 percent of Turkey’s population (12 million 983 thousand 97) constitute young people in the 15-24 age group. With this rate of Turkey, it stands out as the country with the youngest population in Europe.

We think that the generation Z has not fully started shopping yet. We are aware that when Generation Z starts shopping, the understanding of retail shopping will change 360 degrees. According to an article on businessinsider.com, brands are prepared for people between the ages of 13 and 21 who are involved in the workforce and become a force in the economy. Brands that want to have a good place in the next shopping wave do not want to miss a good income opportunity.

In addition, experts point out that the generation Z is not in any way similar to the previous generation and should be considered as different people with unique experiences, beliefs and behaviors. It is stated that the generation Z, which will change the way of shopping, will greatly affect every field.

Marcie Merriman, Ernst & Young’s Executive Director of Growth Strategy and Retail Innovations, says the generation Z has a lack of loyalty compared to past generations. According to a research by Euclid Analytics, Generation Z is expected to have a greater impact on retail shopping than previous generations, according to the article on Thebalancesmb.com. In other words, a big change is predicted in the retail field. As Konfor Yatak, we are working on a separate collection that we plan to sell only online to keep up with this change. We plan to conduct brand research here, including the marketplaces, in the form of inhouse on our online website.

Do you have R&D processes? What are you planning to do in this regard to add something new to the sector?

We prioritize design, trends and innovation. We adopt the innovation culture and approach. Unlike our competitors, our Product Development, R&D, Product Management and Marketing departments are located in the same place. For this reason, we can produce products very quickly. Because the interaction within our departments is very strong, we can easily reflect it to R & D when product information comes to us or when marketing requests something from us.

What kind of innovative products do you have to make a difference in the sector? What is the most important factor that distinguishes you from other brands?

We have a main design focus, and we reflect the products we want to this design. Our designs in sleep products are always customer-oriented. It is very important for us that the product is ergonomic and accessible at the same time. As Konfor, we strengthened our work in spring production, unlike other brands. We started to sell springs all over the world at the same time with these new facility investments. Such reasons easily distinguish us from other brands.

What are you doing to improve sleep quality and make it more efficient? Do you have any work specifically for adults and children?

We are trying to better determine the needs of the consumers with the Konfor Yatak Test Robot. We examine the results from the test robot and use it in our product development and R&D processes. We inform all our retail and dealer employees with Konfor Yatak Trainings that determine the needs of the consumer. Until today, we have provided Konfor Sleep Expertise and mattress trainings to nearly 400 colleagues under the umbrella of Konfor Academy. We think that the needs of adults and children are different, so we are preparing a separate collection for our young consumers.

How is your exports going and what kind of goals do you have in this regard? Also, are you satisfied with your exports?

We are one of the leading companies in the sector in export with our export figures of approximately 20 million dollars. In terms of export, we are trying to further increase our income with the sale of mattress springs as well as products. We produce special products for export customers, who have a significant share in our total income. 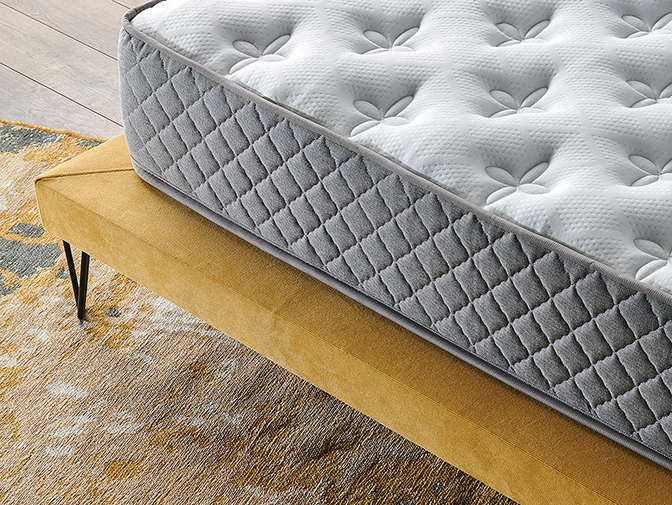 Do you follow the developments in the mattress sector, and do you implement these changes quickly?

We are a brand that has been producing mattresses for 43 years. We have been serving in our own stores and corporate franchise stores with our renewed face for about 3 years. We currently have 60 stores. We aim to increase the number of these stores to 200 in 2024. With our new face, we continue to workday and night to offer better privileges to our customers who are 100% satisfied with the Konfor brand. We attach great importance to comfort, technology and health issues in our products.

What do you want your customers to pay attention to when buying a mattress? I am curious about your opinion on this matter.

First of all, our customers need to determine the right mattress for them. When determining your mattress size, lie on one end of the bed and stretch your arm to the other to ensure your comfort. When you lie down in this way, your elbow should stay inside the mattress. This issue becomes even more important for double mattresses.

Also, when choosing a mattress, you need to learn from what materials the mattress is made. The mattresses with the right content have a constantly breathing structure with air ducts. They prevent excessive sweating or coldness and keep the body temperature constant during sleep. Pocket spring technology, which is the latest trend in spring technology, can also be preferred for all ages.

On the other hand, we should choose our products according to our weight and height ratio. By paying attention to all these factors, we aim to bring the right mattress to the consumer with the mattress selection assistant. In addition, the hardness of the mattress is important for comfort, but this issue differs from consumer to consumer according to the lying position during sleep.

You work very regularly from the production stage to the moment you deliver your product to the consumer. After these processes, I want to learn what kind of goals you have in the future.

We want to gain significant success abroad with the support of the Turqualty program. This is the biggest goal for us. We aim to prove to the whole world that our country has quality products. We want to be one of the first brands that people think of in the national market. 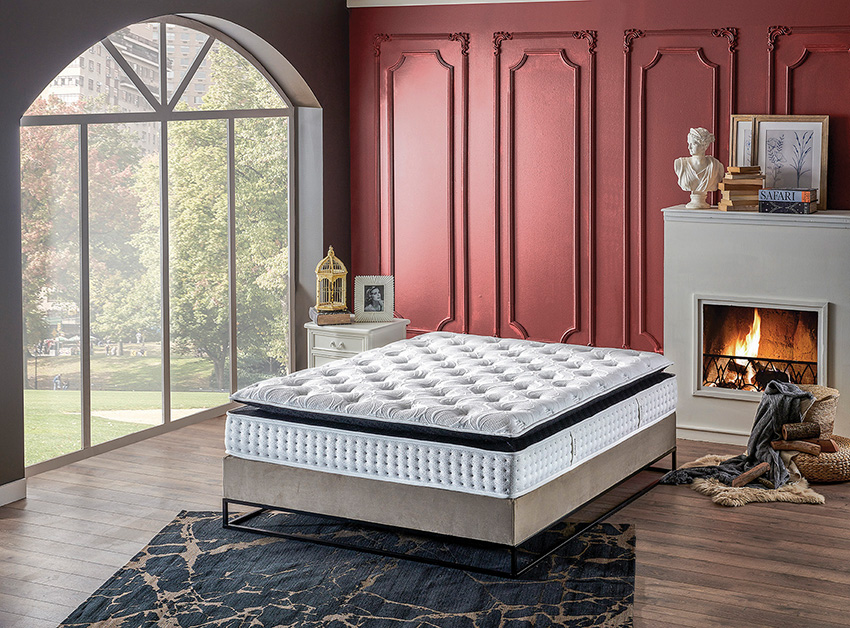 Karabakh will be equipped with Turkish furniture 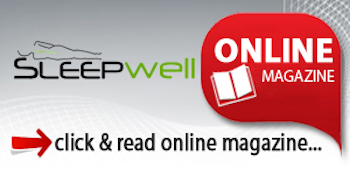