Special Collection for Babies by Yataş

by Tolga Çakmaklı
in ACTUEL
0

Yataş Bedding, Turkey’s first brand that comes to mind when it comes to quality, comfort and innovation in bedding, introduced its new collection Yataş Mini, which supports the spine development of babies and is produced with quality materials suitable for their sensitive skin. 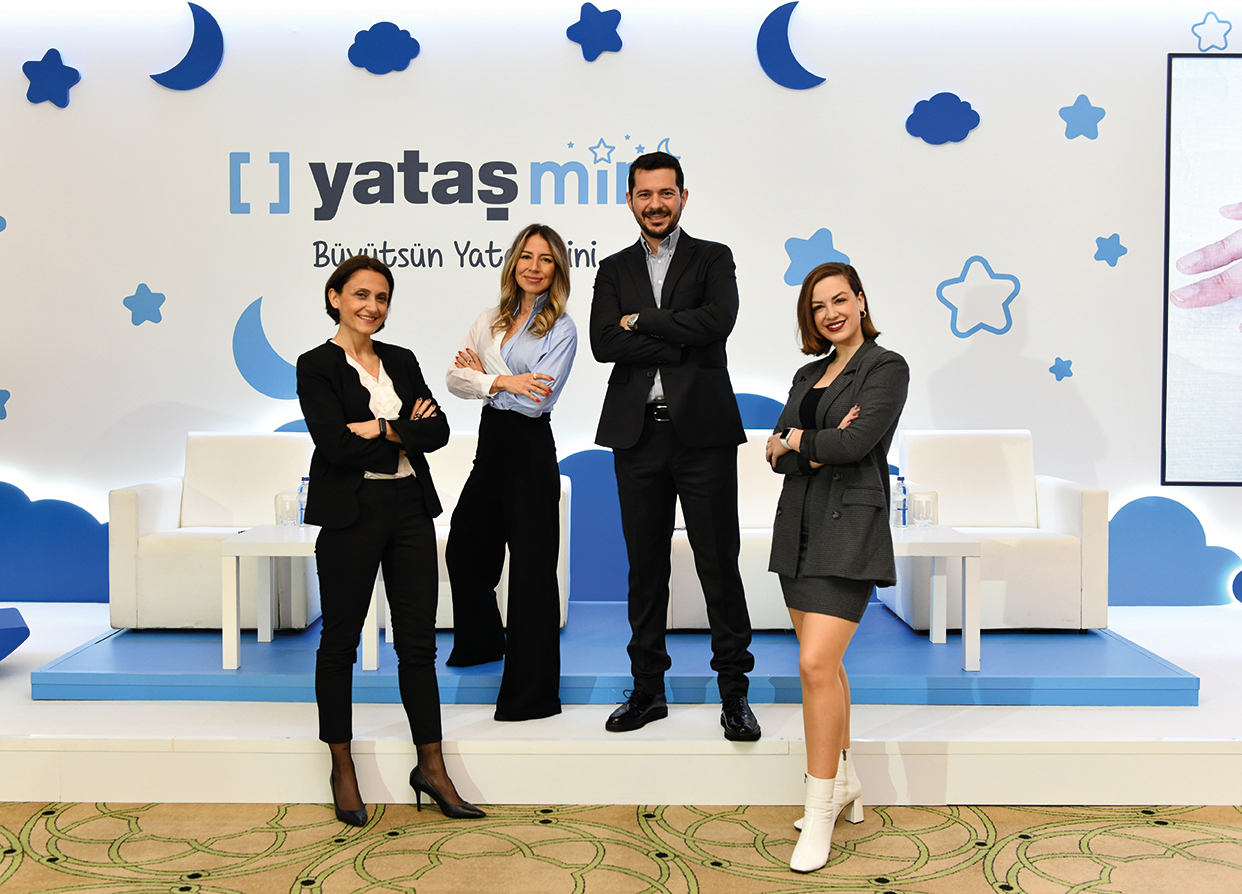 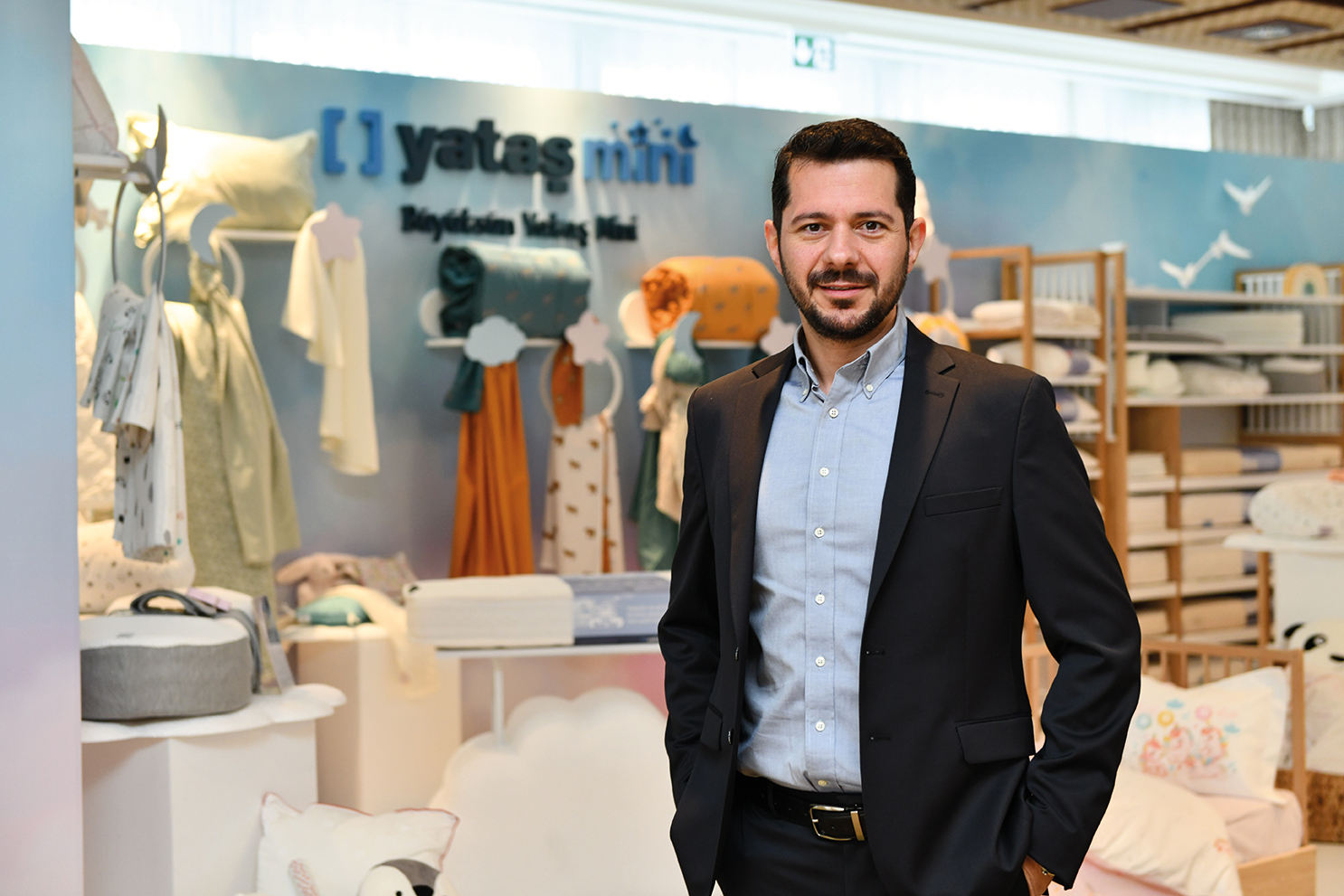 Yataş Bedding Marketing Director Selmin Gündoğdu, who drew attention to the importance of sleep for babies and children in her speech at the meeting, said: “Both physical and mental development of children who sleep regularly and soundly progress in a healthier way. Their memory is getting stronger. However, a good sleep environment is also necessary for a good sleep. As Yataş, we are experts in quality sleep! This time, we used this expertise in a collection that will meet the sleep needs of babies and children. While Yataş Mini’s Baby Mattresses provide a reassuring environment for the little ones, they also provide a peaceful sleep with fabrics suitable for sensitive skin structures. It properly supports the spine and physical development. Moreover, our mattresses also have LGA certificate, which is given only to products that meet high safety and quality standards… German LGA certificate is given as a result of tests carried out for safety and all possible risks against baby health. In addition, all our textile products are 100% cotton… Moreover, patterned as joyful and colorful like the world of children… Yataş Mini collection also includes different products such as breastfeeding pillows, changing mats, liquid-proof mattresses and swaddles that will meet the needs of both mothers and babies.” One of the Yataş Sleep Board experts, 0-4 Age Sleep Consultant Pınar Sibirsky drew attention to the sleep problems experienced by babies at the meeting. Emphasizing that babies unfortunately do not sleep “like babies” in real life, actually they fall asleep very hard and wake up many times throughout the night. Sibirsky also pointed out that faulty sleep associations, excessive tiredness or going to bed late, and the baby’s lack of a sleep routine cause sleep problems: “If your baby is going to sleep with support, it is normal for them to need the same support at night when they wakes up. So if you are swinging your baby to sleep, it means that your baby has associated swinging with sleep and needs to be swung to sleep. Incorrect sleep associations are the most important cause of sleep problems in babies. Thoughts such as “the more they get tired, the better they sleep” or “go to bed late in the evening so they get up late in the morning” are a well-known mistake. If the baby stays awake for longer hours than they can bear, teir body secretes the stress hormone, and with the effect of this hormone, it is very difficult for them to fall asleep and wakes up very often during the night. It would be appropriate for babies and small children aged 0-4 to wake up around 7-8 in the morning and go to sleep at around 19-20 in the evening after having the appropriate amount of daytime naps for their age. If you relax your baby by applying routines suitable for their age before each sleep, their transition to sleep will be much easier. Turning on music before bed, looking out the window to wish good sleep to the animals and the sun/moon outside, closing the curtains, reading a book and a light dance before going to bed can be a good pre-sleep routine.”

Pointing out the importance of mattress selection for babies, Sibirsky gave the following information: “When choosing a baby mattress, a firm or medium-hard mattress made of natural materials should be preferred, in which no chemicals which are used may adversely affect the health of the baby. Soft mattress can pose a risk by causing the baby’s head to be buried. In addition, I do not recommend using a pillow in this age group, as it may pose a health risk.” 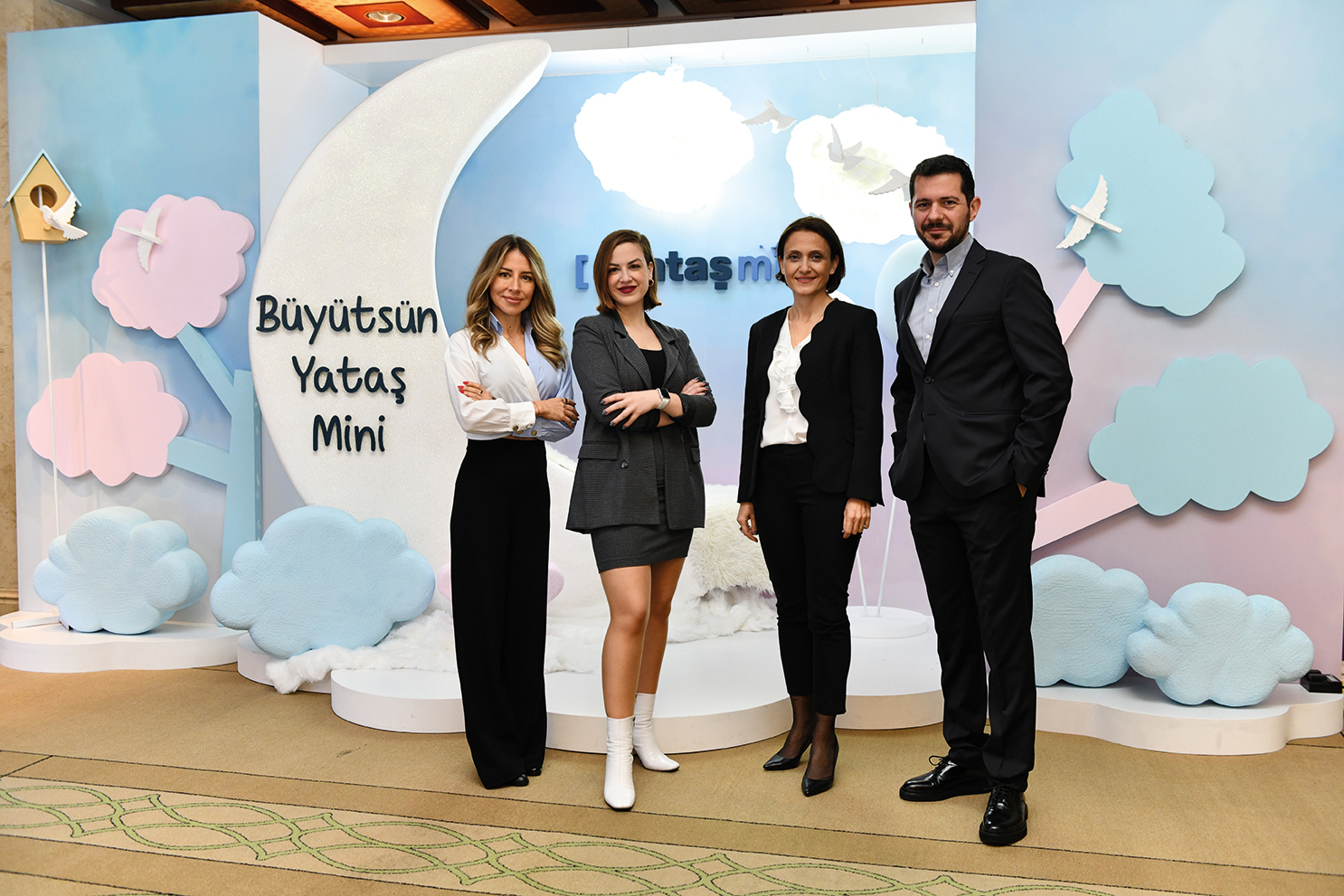 Beds should be separated at the latest when they are 2-3 years old!

Mentioning the effects of sleep on a person’s psychology at the meeting, one of the experts of Yataş Sleep Board, Clinical Psychology Specialist Fundem Ece shared important information about the autonomy period of children. Reminding that children are completely dependent on their parents from birth to 1.5 years of age, Ece underlined that the autonomous period that begins when the child turns 2 years old means independence: “In this period, parents have more difficulty in child development and get tired. Because the child begins to act independently, trying to discover themselves and their limits. What they are actually trying to do is create their own identity. It should not be forgotten that the stubborn behaviors seen in the child during this period are not a character trait, but a transitional period given by age.

Clinical Psychology Specialist Fundem Ece also drew attention to the fact that the beds should be separated at the latest when they are two to three years of age and a routine to sleep in their own beds should be established. Stating that the bed separation process is difficult, Ece said, “The ideal solution to help you in this process would be to spend time with your child. If you spend half an hour of quality time together after coming home from work, it will be much easier to separate the beds.’’

To be at a healthy weight, you must also have a healthy sleep pattern.

One of the Yataş Sleep Board experts, Dr. Dietician Çağatay Demir gave important information about the relationship between obesity and sleep at the meeting. Reminding that childhood obesity has been increasing in recent years, Demir said that studies conducted in the last 10 years show that reduced sleep duration may increase the risk of obesity and weight gain. Demir said, “Health problems accompanying obesity include sleep-disordered breathing, metabolic syndrome and pre-diabetic conditions,” and stated that there is a relationship between reduced sleep duration and obesity.

Stating that children who sleep in the same room with their parents in a prone position, wake up at night, experience restlessness and lack of attention during the day, and have adenoids, snoring and night sweats, are more overweight, Demir made the following recommendations to prevent childhood obesity: “Take care of getting quality sleep. Provide a sleep pattern. Children should sleep at least 10 hours, adolescents at least 9 hours, and adults at least 7 hours. Having a sleep pattern is very important for being at a healthy weight. Teach children the importance of eating balanced meals with a variety of nutrient-rich items such as whole grains, fruits and vegetables, dairy products, legumes, and low-fat meats. Be a healthy role model and don’t buy unhealthy options like calorie-rich, sugary or salty snacks. Make healthy eating a lifestyle before your child does. According to experts at Harvard University, children eat more if they watch TV while they eat. He also notes that children with televisions in their bedrooms are more likely to be overweight than children with rooms without televisions. You can change the habit of looking at the screen while eating by spending time at the same table with your child.’’

Presented with the motto “Sleep and Grow”, Yataş Mini includes products which are carefully thought out for babies in every detail, from mattresses that provide spinal support according to age, to newborn and portable baby mattresses, from muslin covers to 100% cotton bedding sets. LGA® certified mattresses with high safety and ergonomics in the Yataş Mini collection are produced in the most appropriate way for the baby’s anatomy, supporting the spine development of babies who spend long hours in bed during the day. The Yataş Mini collection is available at www.yatasbedding.com.tr as well as at Yataş Bedding and Enza Home stores. 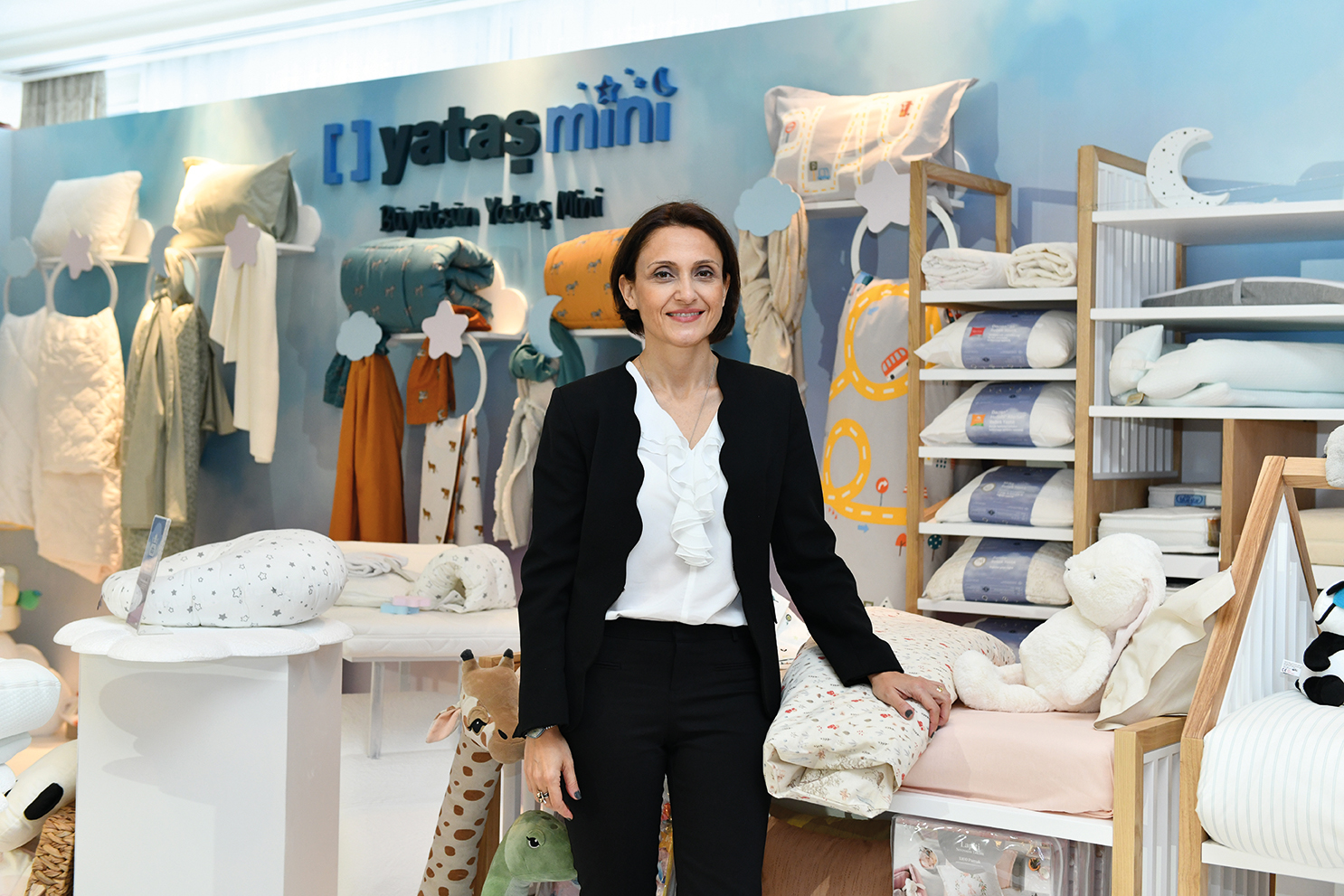 TURKEY’S MOST COMPREHENSIVE SLEEP DOCUMENTARY SERIES FROM YATSAN and 321MEDIA!!

Sleep & Bed: We get our strength from innovation and R&

With the Hybrid Mattress, Kilim provides full support to your body.

TURKEY’S MOST COMPREHENSIVE SLEEP DOCUMENTARY SERIES FROM YATSAN and 321MEDIA!!

Sleep & Bed: We get our strength from innovation and R&

With the Hybrid Mattress, Kilim provides full support to your body.